Rep. Gerry Connolly, D-Va., has introduced legislation that would reaffirm the Office of Personnel Management’s role as the lead agency for federal civilian human resources systems and direct it to use IT and predictive analytics for innovative workforce management.

The Strengthening the OPM Act would require the agency to provide others with efficient access to human capital data and systems and establish a risk-based, data-driven oversight program to, in part, ensure a diverse workforce.

The National Defense Authorization Act of 2020 had the National Academy of Public Administration study OPM‘s functions and recommend ways the agency could improve hiring, training and retirement processes, which Connolly‘s bill takes into account.

“If we don’t get the IT right, we can’t rebuild OPM into the efficient agency our constituents demand,” Connolly told FedScoop. “Our bipartisan legislation will ensure data and analytics, not politics, drive decision-making.”

The bill is also a response to the Trump administration’s effort to eliminate OPM by instead rebuilding and modernizing it, according to Connolly.

Not only would it require that the OPM director be selected without regard to political affiliation and have human capital expertise, but it would make the chief management officer a career civil servant for stability during presidential transitions. The CMO would supervise IT management operations among others.

The bill would give OPM’s director 90 days to establish the Advisory Committee on Human Capital Management for recommending strategies to make government an “employer of choice,” recruit and retain skilled employees, and diversify the workforce. The committee would consist of 15 members from all sectors, meet at least twice a year and issue an annual report.

Most of Connolly’s efforts to improve agencies’ IT remain outside the bill and consist largely of  increasing the Technology Modernization Fund and regular staff briefings with the federal chief information officer, according to a spokesperson. 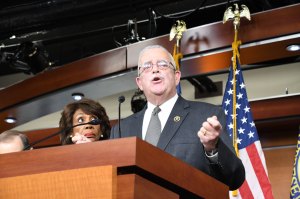 Bill would cement OPM as the lead for federal HR systems