James Gfrerer led a transformational few years as the CIO of the Department of Veterans Affairs under the Trump administration. But as a political appointee, he resigned from the role Jan. 20. Until the Biden administration makes its pick, and that person is confirmed by the Senate, Principal Deputy CIO Dominic Cussatt is acting as the department’s IT chief. 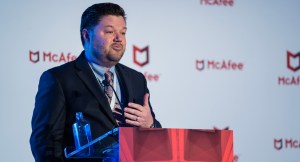