Bobby Saxon has been named as one of the Centers for Medicaid and Medicare Services‘ two deputy CIOs.

Officially the deputy director of CMS’s Office of IT, Saxon will join George Hoffmann as one of CIO Rajiv Uppal’s deputies, FedScoop has learned.

Saxon’s new role in the Office of IT comes after three years of service at the health care insurance agency. Most recently he served as director of CMS’s Office of Emergency Preparedness & Response Operations, a role that’s been key during the agency’s response to the coronavirus.

He started at CMS in 2017 as CTO of Healthcare.gov. In that position, he helped improve the performance of the program’s website and systems with little downtime during its fifth open enrollment period.

Saxon is a retired Army colonel who worked in the branch’s headquarters G-3/5/7 providing IT services for operations, planning and training.

Saxon is a FedScoop 50 award recipient. 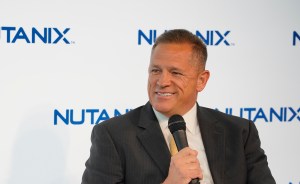