President Trump on Thursday signed the Creating Advanced Streamlined Electronic Services for Constituents Act (or CASES Act) to modernize the ways members of Congress receive permission from constituents before contacting federal agencies on their behalf.

Critically, the bill will allow constituents to submit a new electronic version of the privacy paperwork that is a requirement of the Privacy Act of 1974. At the moment, members of Congress must obtain this form through a paper submission, something that — the bill’s cosponsors point out — is pretty inconvenient.

“When the American taxpayers we represent need assistance with Social Security, Medicare, Veteran Affairs or any other federal agency, they should be able to get the help and information they need quickly and in a straightforward manner,” Sen. Tom Carper, D-Del., a cosponsor of the bill, said. “This bipartisan, bicameral bill helps to ensure that elected officials like myself can be even more effective advocates for our constituents by modernizing our constituent services process.”

The bill also requires that the White House Office of Management and Budget create a standardized release form to be used by all federal agencies, as well as a “system” for the electronic submission of that form. In June, the Congressional Budget Office estimated that building such a system would cost around $15 million.

The bipartisan bill was introduced in the House by Rep. Garret Graves, R-La., and in the Senate by Sens. Rob Portman, R-Ohio, and Carper. It passed the House in February and the Senate in July. 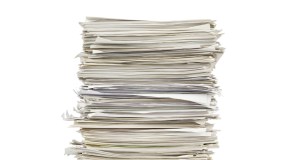