The inspector general’s office of the Department of Commerce announced last week that it will audit the IT security systems being used as part of the 2020 census.

Specifically, the audit will seek to determine the “effectiveness” of certain IT security systems. It’s the latest line of inquiry into census IT, which has been under tight scrutiny by Congress and the watchdogs at the Government Accountability Office.

In a letter to Census Bureau Director Steven Dillingham, the IG writes that it will begin work on the audit “immediately.” The office has also enlisted the help of the U.S. Digital Service for the project.

“We have established a memorandum of understanding (MOU) with the United States Digital Service (USDS), who will assist us in performing audit tasks during this audit,” the letter reads.

The decennial count is relying on 52 new or legacy IT systems. A June 2019 inspector general’s audit found census cloud “security deficiencies” that collectively put the agency’s preparations for 2020 at “potentially catastrophic risk.”

In August, the bureau hired Beau Houser as its chief information security officer. 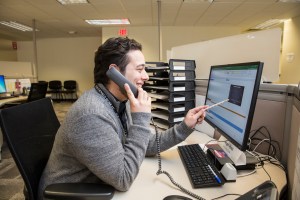 Census Bureau’s 2020 IT security to be audited ‘immediately’