Chris Liddell, the current head of the White House’s American Technology Council and member of the Office of American Innovation, will also become the president’s deputy chief of staff for policy coordination, the White House confirmed Monday.

Days after Liddell was passed over for the role of director of the National Economic Council, he will now be part of Chief of Staff John Kelly’s team instead. 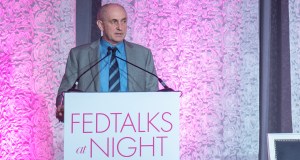