Government officials are feeling overwhelmingly positive about the status and prospects of open data.

This is the essence of a new study released by the Data Foundation, the think tank spun off of the Data Coalition. Dubbed the “State of the Union of Open Data,” the report is the group’s third annual, written by consultant Jim Harper and Adam Hughes, of Grant Thornton Public Sector.

In it, the foundation interviewed 33 open data officials in state governments, the federal government and even the private sector, and finds, in an homage to the more well-known SOTU, that “the State of the Union of Open Data is strong.” Federal data experts interviewed include Andrea Brandon, the deputy assistant secretary at the Department of Health and Human Services; Brandon Brown, chief data officer of the Wage and Hour Division at the Department of Labor; Jon Minkoff, CDO at the Enforcement Bureau of the Federal Communications Commission; and more.

So why is the state of open data so formidable?

Asked about standardization, sharing and use of open data, the overwhelming majority of interviewees said they’ve seen improvements in the past year. What’s more, nearly 94 percent of respondents expect further improvements in the coming year. This kind of confidence has increased in the past year — in the 2017 report, for contrast, just 79 percent felt confident in espousing such a bright future for open data.

What’s driving the standardization, sharing and use of data?

Legislation like the 2014 Digital Accountability and Transparency Act (DATA Act), which, among other things, led to the creation and sharing of federal government spending data on USAspending.gov, has helped encourage data use by making data available. In April the Treasury’s Fiscal Service launched the Data Lab, a home for visualizations based on USAspending.gov data that its creators hope will increase the accessibility of the data.

More recently, President Trump’s signing of the OPEN Government Data Act as part of the Foundations for Evidence-Based Policymaking Act pushed the standardization element of open data forward. The legislation requires that all non-sensitive federal government data be made available in machine-readable formats.

Despite the optimism among this group, some open data advocates still worry about the sneaky ways the government can endanger open data sets that are perceived to be political. Opening government data takes investment, so lack of investment, intentional or not, can damage the effort. The current partial government shutdown, for example, depending on how long it continues and how it impacts data collection, could have a negative effect on the government data that’s available for sharing, standardization and use in the future. 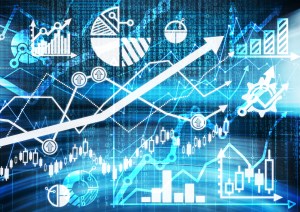