While the rollout of 5G wireless capability will be driven by private industry, its emergence has big implications for the Department of Defense, a study by the Defense Innovation Board warns.

The debut of 5G will present many opportunities for the DOD, the DIB says in a new report. It will enable higher capacity for data transfer, increased efficiency, new technologies like hypersonic weapons and more. But it also poses some security risks.

The DIB, an advisory board of tech industry leaders first introduced in 2016, released the unclassified version of this report — co-written by vice president of wireless at Google, Milo Medin, and tech venture capitalist Gilman Louie — Thursday.

The report details the current state of global 5G competition and what the technology will mean for DOD operations. It also includes some recommendations on how the defense agency should proceed. Per its charter, the DIB cannot force DOD to adopt any strategies, but it does make suggestions the agency may choose to follow.

“The shift from 4G to 5G will drastically impact the future of global communication networks and fundamentally change the environment in which DoD operates,” the recent report states. As with past developments, it goes on, there will be a first-mover advantage. And at the moment, China is poised to be that first mover.

“China is on a track to repeat in 5G what happened with the United States in 4G,” the report states.

China’s lead is owing to investment, yes, but the other issue is the lack of spectrum. 5G will require more spectrum availability, and there are two approaches that countries are taking to this. One involves the electromagnetic spectrum below 6 GHz — this is called “sub-6.” The other approach clues in on the part of the spectrum between about 24 and 300 GHz and this is called “mmWave.” China’s efforts are focused on sub-6 while the U.S. is focused on mmWave. Both have benefits and challenges — “the future of 5G may involve some combination of both,” the report states.

However, the report argues, if China moves first with sub-6 and other nations follow that lead, the U.S. might find itself faced with interoperability challenges, not to mention security risks.

“As sub-6 becomes the global standard, it is likely that China, the current leader in that space, will lead the charge,” the report reads. “This would create security risks for DoD operations overseas that rely on networks with Chinese components in the supply chain. Even if the United States were to restrict use of Chinese equipment suppliers domestically, the United States is not a big enough market in wireless to prevent China’s 5G suppliers from continuing to increase market share globally, resulting in significant pressure on a declining set of vendors that would serve the U.S. market.”

The report concludes by suggesting that the DOD “make a plan for sharing sub-6 GHz spectrum,” “prepare to operate in a ‘post-Western’ wireless ecosystem” by adopting a zero-trust network model and advocate for trade policies that serve to secure the supply chain. A fourth recommendation is classified. 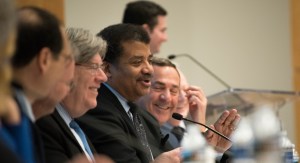 Defense Innovation Board weighs impacts of 5G on DOD