A nonprofit has sued the Department of Homeland Security to obtain records about a social media data collection program for visa applicants and other foreign visitors.

The Electronic Frontier Foundation (EFF) said Monday it filed a lawsuit in a San Francisco federal court as it seeks further information about the Visa Lifestyle Vetting Initiative (VLVI).

According to the nonprofit’s complaint, VLVI is a multimillion-dollar immigration screening and vetting program used by DHS and Immigration and Customs Enforcement. VLVI was established under the prior administration as part of President Trump’s extreme vetting proposals for would-be immigrants and appears to have received continued funding under the Biden administration, EFF said in court documents.

It is the latest DHS data collection program to attract scrutiny from privacy and human rights nonprofits and comes as the American Civil Liberties Union continues with a FOIA lawsuit against the agency over the production of records relating to the use of phone data by the Coast Guard and Secret Service.

“[P]rograms like VLVI are likely to chill expression that the First Amendment protects and allow the government to punish people for speech it doesn’t like. The opacity of VLVI—how it operates is completely unknown to the public—worsens these problems,” EFF argued in its submission to the court.

EFF added that DHS entered into at least two contracts with SRA International as part of the program. They cover spending from August 2018 to August 2023, with a total obligated amount of $42.1 million. A $4.8 million transaction was paid May 4 last year, according to the nonprofit.

Commenting on the lawsuit, EFF Stanton Fellow Mukund Rathi said: “There has been no transparency about this program, and the public has a right to know how tax dollars are being spent to support surveillance of people’s speech.”

EFF seeks records relating to the current status of the program, including whether the government is monitoring people’s social media profiles and for what purpose, how this impacts visa approvals and denials, and details about the May 4, 2021 transaction.

DHS did not respond to a request for comment. 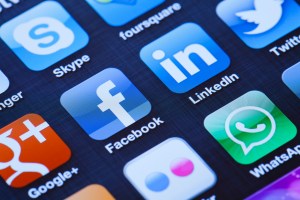