The Defense Information Systems Agency is extending a high-priority cybersecurity prototyping effort by six months so that it can include the Secure Internet Protocol Router Network (SIPRNet).

Bringing the classified network into the Thunderdome initiative — which is aimed at helping the Department of Defense move toward a zero trust architecture — is a major evolution for the program.

“The six-month extension is essential to allow DISA additional time to expand the Thunderdome pilot to include the Secure Internet Protocol Router Network and complete development, testing and deployment planning for the original unclassified prototype,” the agency said in a July 28 press release.

In January, DISA announced that it had awarded a $6.8 million Other Transaction agreement (OTA) to Booz Allen Hamilton for Thunderdome prototyping, with a six-month development timeline. The recently announced extension of the pilot will push the expected completion date to January 2023.

The agency said the ongoing Ukraine-Russia war — which began in February and has reportedly included cyberattacks from both sides — underscores the importance of securing systems like the SIPRNet, which is used globally by the Pentagon and the U.S. military to transmit secret information.

“While we have been working on developing a zero trust prototype for the unclassified network, we realized early on that we must develop one, in tandem, for the classified side. This extension will enable us to produce the necessary prototypes that will get us to a true zero trust concept,” DISA Deputy Director Christopher Barnhurst said in a press release July 28.

The SIPRNET framework “is antiquated and needs updating,” according to the release.

“Thunderdome will be a completely comprehensive and holistic approach to how the network operates — a major shift from the current architecture,” it added.

“While Secure Internet Protocol Router Network is undergoing a number of modernization efforts led by DISA, the Thunderdome prototype is an important part of the SIPR redesign process and will provide SIPRNet with the security benefits of a zero trust architecture. During this extension period, DISA will design and implement a SIPR zero trust production solution that is focused on improving and better securing the SIPRNet core infrastructure. This will provide DISA with improved visibility to ensure that people cannot access documents that they do not have the need to see,” the agency said in the release.

In an executive order last year, the White House directed federal agencies to develop plans for implementing zero trust. The directive was part of a larger push to modernize the U.S. government’s cybersecurity in the wake of cyberattacks that compromised federal agencies through the exploitation of software.

Jason Martin, digital capabilities and security center director at DISA, told reporters in April at AFCEA’s TechNet Cyber conference in Baltimore, that Thunderdome will “fundamentally change” the Defense Information Systems Network (DISN) and the way that the Department of Defense Information Network (DODIN) interoperates with the DISN.

“I think those are all obviously critically important to what we’re trying to do across the department,” he said.

DISA is developing a departmentwide strategy for transitioning the DOD from today’s cybersecurity frameworks and tools to Thunderdome or other zero trust solutions.

The six-month extension of the OTA with Booz Allen Hamilton will give DISA additional time to work on the strategy; conduct operational and security testing beyond what was planned for in the initial Thunderdome pilot; and mitigate the overall risk of deploying zero trust capabilities, Martin said in the release. 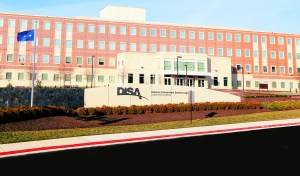