The $6.8 million award, which has a six-month development timeline, is the first of what could be larger contracts on the DOD-wide program. Thunderdome is DISA’s implementation of the zero trust security model, which was mandated by the Biden administration’s Cyber Executive Order in May last year.

“Over the course of the next six months, we plan to produce a working prototype that is scalable across the department,” Jason Martin, director of DISA’s digital capabilities and security center, said in a press release. “During that time, we will do what DISA does best – build, test, validate and implement the premier cybersecurity solutions for the Department of Defense and warfighter around the world.”

The move to zero trust comes as the DOD shutters its Joint Regional Security Stack (JRSS) design in favor of more modern cybersecurity practices. The six-month prototype window is designed to give DISA time to see how it can scale Thunderdome across the department, the agency said.

“Successful deployment of Thunderdome as a new security model will achieve DoD’s overall goals to integrate network and security solutions in the cloud and to enhance protections of end-user devices,” DISA wrote in a press release announcing the award. 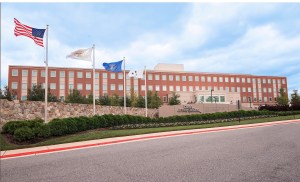