The Defense Innovation Unit is looking for commercial solutions to speed up the transmission of data across military networks, according to a recent solicitation.

The program — called Tactical Intelligence Targeting Access Node (TITAN) Ground Station — will develop a vehicle-mountable node that will collect data from the battlefield and semi-autonomously process it for Army commanders.

DIU says the project is necessary because the data coming in from military sensors around the world — whether they are mounted on a fighter jet or a soldier’s helmet — is arriving faster than current command and control stations can process. DIU wants solutions that can leverage “automated metadata correlation” and other emerging techniques to rapidly process many types of data.

DIU’s effort on the Army’s ground station is happening parallel to announcements for work on similar aerial units. Connecting sensors to shooters is the main goal of the new network-of-network program called Joint All Domain Command and Control, or JADC2,  to which the TITAN appears to be linked, based on its description.

The ground station will receive most data via satellites and need to be able to transmit data beyond-line-of-sight communications, according to the posting. The rapid data processing will help assist the Army in developing precision long-range firing weapons, one of its top weapons-modernization priorities.

The system will need to utilize artificial intelligence and machine learning as one of the means to speed up the dissemination of data. To fully use AI, the ground station will need to use both edge computing and cloud-based computing power.

“The access node should be a modular, open systems architecture, making it easy to upgrade software/firmware, analytics/algorithms, and ingest additional data streams,” the posting states.

The final product should be small enough to mount on a large Army vehicle and will have to rugged enough to withstand “operational environments,” according to the announcement.

The node would be larger than other similar nodes already deployed and would be powered by a 60-kilowatt electricity generator. It would link to a government-furnished satellite receiver that would need to be mounted on a large truck.

Responses to the request are due by April 10. 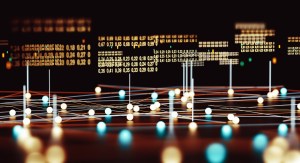