The Department of Defense is looking for the support of foreign countries to build data centers and cloud computing capabilities outside of the U.S. to boost its global connectivity, according to a new cloud strategy document released in late May.

The challenge is that the DOD needs to have total control of and access to both its data and the computing resources it will use to analyze it, but many foreign countries have laws that allow them as host nations to access any data stored on their soil. According to the department’s new Outside the Continental United States (OCONUS) Cloud Strategy, that would be a problem that requires DOD to negotiate directly with host nations and lean on commercial cloud service providers to keep its data and cloud capabilities private.

“Given the challenges with meeting host nation data control requirements, cloud service providers must make a significant investment to support OCONUS locations,” says the strategy, which was signed by acting CIO John Sherman.

The DOD wants to bring full cloud capabilities to OCONUS locations to enable its modern strategic concept of operations called Joint All Domain Command and Control (JADC2), which relies on having the tech at hand to connect data from across all domains of the battlefield. Without the ability to store, transmit and analyze data, the military is without the core tech needed to support the new capabilities leaders have set as a priority.

“Cloud computing can help solve today’s national defense challenges, but its true potential is to solve tomorrow’s challenges,” the strategy states. “Collaboration across these domains, increasingly enabled by high-tech, software-driven solutions, must occur at the global point of need, at the tactical edge, and at the fight.”

Currently, the DOD manages more than 200 data centers on military bases outside of the U.S. on “status of forces agreements” that allow the military jurisdiction over the tech resources, a DOD spokesperson told FedScoop. DOD policy precludes any sensitive data from being hosted outside of places that the U.S. doesn’t have legal jurisdiction.

“Currently, the Department has limited data center capacity in its OCONUS locations when considering existing workloads, increasing data production, and growing use of commercial cloud services,” the spokesperson said.

The main goals of the new strategy are to provide resilient connectivity for military operations outside of the U.S., increase computing power and get more tech talent out into the field. The three goals all face challenges from the hostile environments for computing to the military’s tech skills gaps.

One workaround the strategy calls for is finding computing tech that has less size, weight and power (SWaP). More nimble compute power would relieve several of the constraints the strategy is contending with, including when the military needs cloud capabilities in areas with weak infrastructure.

“Data needs to be processed close to its source and staged as close to the warfighter as possible to enable data-driven decisions,” the document states.

Other objectives within the strategy include instituting more training for service members and civilians based outside of the U.S. and building out a “Mission Partner Environment” for partnered militaries to link safely into U.S. systems with the right level of access. 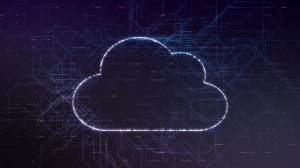