The Department of Defense still lags behind commercial standards in delivering software for weapons systems despite using agile software development methods, a new report from the Government Accountability Office found.

In its annual weapon system assessment, the GAO asserted that despite steps being taken in recent years to modernize its software development and acquisition approach, the majority of major defense acquisition programs and middle-tier acquisition programs reviewed “reported delivering software to users much less frequently, sometimes a year or more.”

“Modern software development approaches, such as Agile, emphasize early and continuous software delivery, and fast feedback cycles so that software is being continuously evaluated on functionality, quality, and user satisfaction,” the report said, noting that 39 of 59 major defense acquisition programs and middle-tier acquisition programs reported using at least one modern software approach.

The Defense Innovation Board as well as commercial agile practices encourage delivery of working software to users as frequently as every two weeks, GAO said. Information from frequent iterations can assist in measuring progress and allowing developers to respond faster with feedback on technical glitches and risks.

DOD officials said they consider a software delivery goal of six months to a year as more suitable to account for the safety and security requirements of many of its systems.

Additionally, GAO found 59 programs reported little progress on implementing five practices on recommendations made by the Defense Science Board in 2018 to improve software development. While 39 programs said they use a modern approach, only 10 use a software factory, which was a base recommendation by the Defense Science Board underlying all others.

GAO did note that in February, DOD issued a new software modernization strategy for which several of its goals are consistent with the aforementioned practices such as using software factories.

Over half of the programs reported at least one workforce challenge this year, with the most common challenge reported being finding staff with required expertise. 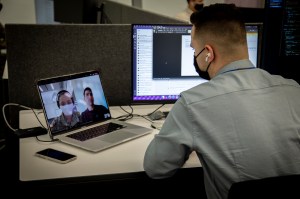