The Pentagon doesn’t have a full business case for several important programs it’s pursuing to develop alternative precision navigation and timing (PNT) capabilities, a government watchdog noted in a new report, saying that could lead to trouble down the road.

The U.S. military and civilians alike rely on GPS for navigation and other tasks, but the satellites, ground control stations and receivers that underpin it are vulnerable to enemy attack. The Department of Defense is pursuing backup options in case the system isn’t available for troops and their weapon systems.

“The military services are developing alternative PNT capabilities to complement GPS. Of the five PNT efforts that have started development, four efforts had incomplete business cases,” the Government Accountability Office noted in its recently released study.

Key elements of a business case, as outlined by GAO, include requirements documents, an acquisition strategy, assessments of technology risk and schedule risk, and an independent cost estimate.

Of the Pentagon’s five alternative PNT efforts cited by the watchdog that are using the major capability acquisition pathway or the middle tier of acquisition pathway, only the Air Force’s Resilient-embedded GPS/Inertial Navigation System program has a full business case completed.

Both the Navy’s Automated Celestial Navigation System (ACNS) program and the PNT upgrade to the Cooperative Engagement Capability lack assessments of schedule and technology risks, according to GAO.

Meanwhile, officials involved with the Navy’s AN/WSN-12 Inertial Navigation System effort had not finished drafting assessments of technology and schedule risks when the watchdog completed its report. Officials associated with the Navy’s upgrade to the GPS-based PNT service (GPNTS) initiative were still in the process of drafting requirements documentation.

GAO recommended that the secretary of the Navy ensure the service’s alternative PNT efforts have complete business case elements.

“A leading acquisition practice highlights the value of fully documenting business cases before beginning acquisition programs. Without complete business cases, decision makers such as the PNT Oversight Council are less informed to determine which alternative PNT capabilities will be available and when, and if those PNT capabilities remain capable of countering threats as the threat landscape evolves,” the study said.

“Completing the missing business case elements for these programs would provide DOD and Congress with key information to use for oversight and funding decision making aimed at delivering these critical capabilities,” it added.

In its official response to a draft of the GAO report, the Pentagon partially concurred with that recommendation.

“A thoroughly documented business case, complete with all elements, provides leaders with the best possible information to make acquisition decisions,” wrote Terence Emmert, who at the time of the response was serving as the acting director of defense research and engineering for advanced capabilities. Emmert is now the principal deputy chief technology officer for mission capabilities in the Office of the Under Secretary of Defense for Research and Engineering.

Emmert said the Navy has already made significant progress in completing or partially completing most of the business case elements for the PNT efforts cited in the report.

However, the Pentagon doesn’t see the need to have a full business case for all its programs.

“The Department also recognizes not every program requires every element of a business case, and gives acquisition officials the flexibility to meet those needs through reasonable alternatives,” Emmert said. “These decisions concern real-world considerations such as acquisition reform to increase the DoD acquisition system’s speed and agility; promoting a culture of accepting reasonable levels of risk; optimizing individual programs across cost, schedule, and performance; and the cost/benefit of each business case element.”

GAO also recommended that the secretary of defense ensure that the Pentagon’s PNT Oversight Council establishes strategic objectives and metrics to measure the progress of efforts within its portfolio.

“Defined objectives and metrics would help the Council better measure overall performance and mitigate any potential gaps in PNT capabilities as the military transitions to using M-code” for stronger encrypted signals, the watchdog said.

The Defense Department concurred with that recommendation.

The PNT Executive Management Board (EMB) has developed recommended goals and objectives for the department’s PNT enterprise as approved by the oversight council, Emmert said.

“These goals and objectives will be monitored through regular meetings at the DOD PNT Enterprise Working Groups, and their status will be reported at EMB and PNT Oversight Council meetings. Each year progress against the goals will be addressed in the PNT Oversight Council’s annual report to Congress,” he added. 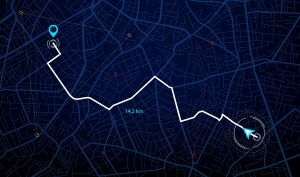