The Department of Justice’s chief technology officer has exited the agency after a 17-year career in government.

Ron Bewtra joined the DOJ in 2015 and was previously chief technology officer at the National Oceanic and Atmospheric Administration. Prior to entering federal service, he held senior computer engineering roles at Raytheon and SGI, and since 2018 has been co-chair of the innovation committee at the U.S. Federal Chief Information Officers Council.

While at the Department of Justice, he led the formulation of departmentwide technology strategies, including for the use of artificial intelligence and cloud and data management.

Commenting on his departure, Justice Department Chief Information Officer Melinda Rogers, said:  “After nearly seven years with the Department of Justice’s Justice Management Division, Ron Bewtra’s last day with DOJ is December 17. We wish him well in his new endeavors.”

In a note on LinkedIn, Bewtra said: “After 18 years with the federal government, this Friday I will be departing federal service. It has been a privilege to support the missions of NOAA: National Oceanic & Atmospheric Administration, the U.S. Department of Justice, and the federal government.” 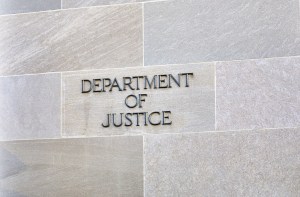