The Equal Employment Opportunities Commission has committed to bargaining with a federal employee union over changes to telework policy after it was hit with an unfair labor practice charge.

EEOC said Tuesday that it was “strongly committed” to bargaining in good faith. The agency confirmed that so far it has made no changes to working conditions for staff.

The clarification came after the American Federation of Government Employees (AFGE) in late November filed an unfair labor practice charge against the commission, in which the union argued it had been “blindsided” by a requirement for staff to return to the office full time in early 2022.

“EEOC’s COVID-19 coordination team, of which the union president is a member, is currently in the process of drafting a proposed reentry plan and will present it to the union for consideration,” the agency said in a statement. It added: “Once the proposal has been drafted, the union will be offered every opportunity to bargain the impact and implementation of the reentry plan.”

The exchange between agency leaders and the AFGE comes as departments across the federal government seek to formulate technology and personnel strategies for post-pandemic telework.

Earlier this month, the Environmental Protection Agency struck an agreement with its federal staff union that employees within each bargaining unit will be required to come into the office just twice over the course of each pay period. Meanwhile, negotiations between the Social Security Administration and AFGE over plans to reopen the agency’s physical office are understood to be ongoing.

In its complaint, AFGE said EEOC chair Charlotte Burrows had told employees at an agencywide town hall that they would be required to return to offices early next year.

“Employees are furious.  Forcing everyone back to offices on the same date not only endangers the health and safety of employees, but it goes against the Biden administration’s call to expand telework and remote options,” AFGE Council 216 president Rachel Shonfield said at the time.

According to AFGE, in a survey of EEOC employees, more than 70% of respondents said they would like to telework four days a week or full time, with another 15% of staff wanting to move to three days a week. 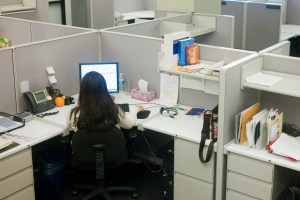