NaaS will move agencies to a cloud business model allowing for continuous modernization of network infrastructure, similar to what’s been done for email and collaboration tools, Hill said during an ACT-IAC event Monday.

Agencies will be able to adopt emerging technologies faster from startups and build out and manage their networks without worrying about integrating new security components and software.

“There are some agencies that are going to be challenged,” Hill said. “They have a large amount of legacy inventory, and we’ve provided a number of options for them to consider to ensure there’s no break in services.”

The federal government is in a “better place” with its transition to the $50 billion network and telecommunications modernization contract, EIS, than it’s been previously, he added.

Out of 212 forecasted EIS task orders, 164 have been released to industry. A total of 93 task orders have been awarded with 55 completed and 48 more awards expected soon.

Of the 17 large federal agencies, nine have awarded all task orders, and 11 of 25 midsize agencies awarded all theirs.

The EIS team has begun its transition closeout project focused on limited and authorized users of the Networx, Washington Interagency Telecommunications System (WITS) 3, and Local Service Agreement (LSA) contracts that expire May 31, 2023.

About 40% of the National Oceanic and Atmospheric Administration‘s spend is already on commercial contracts.

“Once we get through the legacy contracts, we’ll be moving those commercial contracts over as appropriate onto EIS task orders,” said Jeff Flick, deputy director of the Service Delivery Division within NOAA’s Office of the Chief Information Officer.

NOAA is “pushing hard” to meet GSA‘s 18-month deadline for transitioning but needs risk-mitigation contracts in place as stopgaps for any services still lagging behind, Flick added.

While agencies structure their own task orders and requirements, GSA is willing to help however it can when vendors fail to deliver on time.

“The one thing at GSA, we don’t necessarily have insight into what those specific task order requirements an agency has,” Hill said. “The agencies can certainly reach out to us, and we’ll work with them and help them to facilitate any type of challenges they may be having with the vendors.” 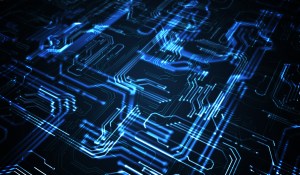