By this time next year, the FBI plans to award the follow-on to its $30 billion IT services contract.

The bureau issued a schedule Wednesday for the re-compete of its Information Technology Supplies and Support Services (ITSSS) Blanket Purchase Agreement, which it wants to award by March 1, 2019.

The schedule is already underway. The FBI sent surveys to the 46 vendors who won spots on the original $30 billion contract, awarded in 2010. The original BPA, offered as part of the General Services Administration’s Schedule 70, streamlines and centralized the FBI’s IT services buying to a single contract. It’s also available to other Justice Department agencies and offices.

On April 9, the FBI says it will issue a request for information to industry with a draft statement of work; for now, though, the bureau is mum on details about the planned contract’s value and scope. Following the RFI, the bureau will host a pair on industry days — April 25 and May 2 — and deliver a draft solicitation with a finalized SOW July 13. The official solicitation will launch about a month later, Aug. 17.

Of course, the FBI notes, those dates “are subject to change.”

About a month ago, the FBI also issued an RFI considering a move to the cloud. 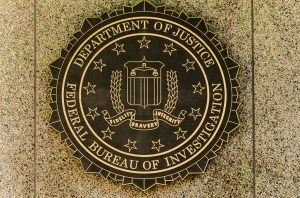 FBI sets schedule to re-compete $30B IT contract