The Federal Bureau of Investigations wants to work more closely with the private sector to glean data from hacks and work to deter future attacks on both government and company networks.

The agency’s lead cyber policy official, Tonya Ugoretz, said that in order to better defend against the range of attacks in cyberspace, the agency can’t act alone. She stressed that the government needs both preemptive cooperation from industry for tips on the latest cyber incidents, but it also needs to work with victims of cyber crime to follow patterns and have a greater chance at attributing the criminals or nation states behind the attack. Boosting cooperations is critical part of implementing the FBI’s cyber strategy.

“The private sector holds valuable cyber threat intelligence that exists no where else,” Tonya Ugoretz, deputy assistant director for the FBI Cyber Division, said at CyberScoop’s CyberTalks digital conference. “So each of us is half-blind if we don’t bring our perspectives together.”

The private sector has tipped off the FBI on several recent major hacks, including the SolarWinds supply chain breech that targeted government data.

“Our work doesn’t stop with this public attribution, we will continue to comb through data and make connections,” she said.

The private sector partners Ugoretz has identified for more engagement include: IT service providers, owners and operators of critical infrastructure, and also victims of cyber crime that can provide rich data to the government.

“Our engagement with victims is an under appreciated piece of the puzzle,” she said.

To boost its own cyber defenses, the FBI recently requested an additional $15.2 million from Congress. The agency is also seeking to modernize its enterprise IT with recent requests to industry. The bureau anticipates signing a long-term contract with an IT vendor for enterprise services that will support its recently reformed office of the chief information officer to better defend its own networks that are under constant attack. 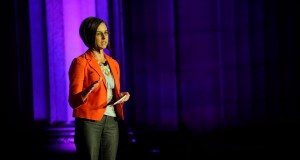