As expected, the final solicitation of the $11.7 billion Defense Enclaves Services (DES) IT consolidation contract arrived this week.

The contract from the Defense Information Services Agency will be a single-award deal to consolidate the networks of 22 non-warfighting agencies in the Department of Defense. The project falls under the scope of the Fourth Estate Network Optimization (4ENO) initiative, referring to the group of support agencies known as the fourth estate.

DISA will become the single service provider to the agencies once a contractor can navigate the complex task of pulling together networks, help desks and other technical components of the IT systems.

The final RFP was originally slated for release in September, but was delayed pending a full review of the contract. In early December,  Danielle Metz, acting deputy CIO for information enterprise and leader on the DES contract, said the review was just the “cross all the T’s and dot all the I’s.”

The final solicitation includes answers to hundreds of questions from contractors submitted in the draft phase of the proposal and appendixes with technical details about agency IT systems that the awardee would need to consolidate. 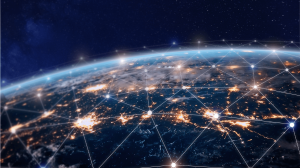 DOD’s $11B IT consolidation solicitation has been released