The Government Accountability Office has partially sustained a pre-award protest over the CIO-SP4 solicitation in which plaintiffs argued the procurement unfairly disadvantaged large companies in mentor-protégé arrangements.

In a decision Tuesday, the oversight body agreed that restrictions on the amount of evidence of prior experience that large companies are able to show are unfair and recommended that the National Institutes of Health Information Technology Acquisition and Assessment Center (NITAAC) either amend the solicitation or provide further justification for the requirements.

The current CIO-SP4 solicitation restricts large companies in mentor-protégé arrangements from submitting more than two pieces of evidence in support of a bid.

GAO found that NITAAC did not provide a rationale for the decision and recommended that the agency should either reconsider the limitations or provide further justification to contractors.

The decision is the latest turn for the widely contested procurement that so far has been the subject of 21 pre-award bid protests with the GAO.

First, GAO rejected an argument that agencies are forbidden from making an improper responsibility determination based on the experience of a protégé member. GAO also rejected the contention that bidders were improperly required to submit information about the obligated value of prior contracts.

Mentor-protégé arrangements are an aspect of federal contracting regulations for small businesses overseen by the Small Business Administration, which are designed to foster innovation. They allow larger companies to work with smaller entities and to use their prior contract experience to vouch for junior firms taking part in a joint venture.

Speaking to FedScoop, Michelle Litteken, attorney for the plaintiffs, said NITAAC had failed to provide a good explanation for what it was trying to achieve with the specific restriction on the submission of evidence.

“I don’t think NITAAC took a step back before issuing the solicitation,” she said.

In September, FedScoop reported on concerns raised by sources over mentor-protégé requirements included in the CIO-SP4 solicitation.

At the time, industry sources expressed concern over lack of clarity about how a points-based evaluation system would be used to evaluate bids from companies in mentor-protégé requirements and at the time warned it could preclude some smaller companies from using the track record of mentor companies.

According to federal government estimates, the contract should be awarded by February 2022. Federal contracting sources have questioned this timeline. 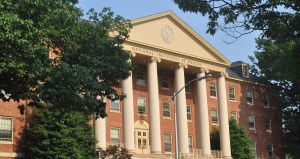