The German government has launched a 10 billion euro ($12 billion) equity fund to support the launch of technology startups in the country.

The state-backed fund was first proposed in August 2020, and is intended to address concerns that entrepreneurs in the country have had to turn to foreign investors because of a lack of domestic venture capital.

In the U.S. government grants for startup businesses are available, yet a small percentage of entrepreneurs take advantage of the funding, which is in part due to the lack of knowledge of these government grants.

The two most prominent awards in the U.S. are The Small Business Innovation Research (SBIR) program and the Small Business Technology Transfer (STTR) Program. Both are designed to help startups engage in research and development, similar to the Future Fund.

Details of the scheme were revealed earlier this year in March. At the time, Germany’s Federal Minister of Finance, Olaf Scholz, said it was “critical” for the country to provide assistant to startups, and said the state had laid the foundation for boosting the VC market in in the country.

Federal Minister for Economic Affairs Peter Altmaier also said at the time that the government would work also with the private sector, and that in total it would raise at least EUR 30 billion ($35.7 billion) in VC support for startups.

“Combined with our existing financial instruments we will be able to provide over EUR 50 billion ($60 billion) in venture capital for startups in the next few years together with private investors.

“This is unique in Europe and is also a significant contribution by international comparison,” said the minister. 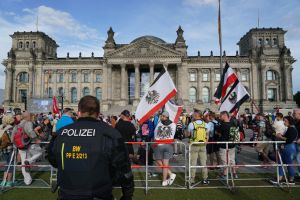