For those betwixt with the possibility of applying emerging technology solutions in federal agencies, it’s best not to hold your breath waiting for them, at least not yet.

Professional Service Council president David Berteau said at the industry trade group’s Vision conference Thursday that while the desire to explore new solutions like blockchain and artificial intelligence is there, the instruments for agencies to properly do so haven’t been delivered yet.

“There’s a lot of noise about doing that. There has been a lot of commentary, both from the agencies and the more central activities of the Office of American Innovation and the American Technology Council, on doing that,” he said. “We’re not yet seeing that translate into line-item decisions that look like they are reflected.”

Berteau added that the one of the keys to opening doors for agency investment lies in the Modernizing Government Technology Act, which is awaiting potential passage as an amendment to the 2018 National Defense Authorization Act.

“I have a feeling that we may see something more robust in that area in the fiscal year 2019 budget,” he said. “But it may take longer than between now and the president’s budget in February, which will actually get locked up around Christmastime, to take that opening of the MGT Act and the corollary capital funds at the CIO-level of these agencies to translate into the kinds of activities we see going forward.”

The MGT Act provides agencies with individual working capital funds to modernize their IT systems, and also sets up a central IT modernization fund and board for larger projects.

The speculation is that the NDAA — and as a result, the MGT Act — could pass in December, leaving the White House little time to implement it and start funding new investments.

But acting U.S. CIO Margie Graves said recently that the Office of Management and Budget have already been working on agency guidance to get MGT in place as soon as it passes.

The president’s budget proposed $228 million for a Technology Modernization Fund managed by the General Services Administration. With a projected IT budget of $86.4 billion in 2018, Kevin Cummins, PSC’s vice president of technology, said change will likely come from agency funds, and that will take some time to develop.

“I view it as an incremental, agile kind of approach truly,” he said. “Some of that excitement around that is the new money, but in reality, the individual agency working capital funds could be and should be even more impactful over time. Because those are what allows to buy more of the as-a-service technologies and shifting more of the IT spend from capital expenditure to operating expense.”

The other thing government will need is IT personnel, starting with the remaining slate of agency CIOs to capitalize on the flexibility provided by pending legislation.

“Where we’re hearing a lot of concern is in the acting role for having so many acting CIOs,” Cummins said. “For those kind of transformative investments and strategic shifts to new technologies, that tends to be something a confirmed, or at least a more politically appointed, CIO would be comfortable making than an acting [executive].

“That’s not to say that it can’t happen otherwise, but there is sort of an expectation from the community that’s going to make it harder to do transformative change on some of the more ambitious IT investments and technology modernization without having those folks in place,” he said. 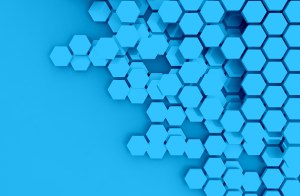