The General Services Administration is rationalizing its applications at a 9-1 ratio, but CIO David Shive wants industry partners to know his agency’s IT spend continues to increase.

App rationalization is the process of deciding which apps to keep, replace, retire or consolidate, and it allows GSA to close data centers and reduce software development and maintenance costs.

For instance, GSA rationalized where it saw redundancies in its customer relationship management system from about 1,800 apps down to 200, Shive said this week at Cloudera’s 2020 Data Cloud Summit produced by FedScoop.

Consolidating apps on open-source software creates license dependencies that save GSA money that it can then spend on higher-value digitization efforts elsewhere, rather than being cut from the budget, he added.

“Please don’t be shocked by us producing our license dependencies,” Shive said. “The overall spend in IT at GSA continues to go up, even though our spending continues to be more efficient.”

GSA reduced costs 17.8% in 2019 with 53% of workloads and spend in the cloud managed by a mere 30% of its infrastructure stack. The other 70% of agency infrastructure has been repurposed for work like cybersecurity and enterprise planning.

Cloud utilization ticked up from 49% in 2018, but that increase decreases year over year as GSA hits “critical mass” — with more than 70% of workloads already off-premise, Shive said.

GSA uses the Technology Business Management framework to ensure IT spending aligns with agency business objectives rather than IT strategic objectives.

“We’re pretty ruthless about it; we do a zero-based budget,” Shrive said. “People will argue the merits of a zero-based budget at a large enterprise like the federal government all the time, but we’ve found that there’s value in looking at all 4,400 line items of our [IT] spend.” 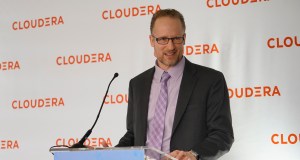