But GSA officials are keen not to repeat the years-long shift they saw when agencies transitioned to EIS predecessor Networx a decade ago.

“Fundamentally, we know that the faster we complete this transition, the more savings can be achieved across government,” Bill Zielinski, GSA assistant commissioner for category management, said in an Aug. 2 conference call with the media.

Though Networx was awarded in 2007 and GSA created bridge contracts to provide uninterrupted telecomm services during the transition, agencies in many cases didn’t complete the move until six years later. According to a 2014 Government Accountability Office report, the delays cost agencies a potential $329 million in savings.

The move to EIS will not only consolidate telecommunications and network services from three contract vehicles to one, but it will also require agencies to inventory their existing network services before determining what they will shop for on the new contract ahead of the May 2020 deadline.

Zielinski said GSA learned a number of lessons as a result of the lengthy Networx transition, namely to get ahead of the conversion planning early.

“You really have to have a good, strong, validated inventory of services in order to be able to do that transition,” he said. “In the last transition into Networx, because we didn’t have as good of an inventory — you might call it a ‘voyage of discovery’ — we found ourselves discovering along the way that there were other things that needed to be to done and, as a result, that drug out some of the transition.”

To combat any potential quagmire ahead of EIS contracts coming online, GSA required agencies to submit transition plans ahead of Tuesday’s award. That planning included detailing network inventories and budget costs to map out what the contract transition would entail.

Zielinski said GSA will cover the transition costs with funding from agencies fees, but any new services acquired by an agency on the EIS contract would come from its appropriations.

As for the awardees, Zielinski said they would begin working on back-end systems to support centralized ordering and billing as part of the contract. The vendors will also have to certify their services through an authority to operate process, which is expected to take six months to complete.

While agencies can begin releasing solicitations, Zielinski said EIS provides awardees a year to get contract services in place — including the time for back-end support and ATO approval — so speed is of the essence.

“It really does behoove the awardees to move out quickly on getting those things in place,” he said. 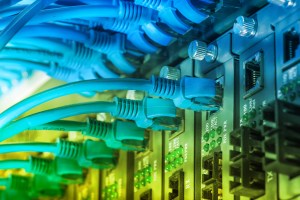