The program has so far helped streamline fraud identification within the more than one million transactions processed each day by the Centers for Medicare & Medicaid Services (CMS), according to the IT leader.

“They’re using tree based models and deep learning approaches and then they go and look at the medicare administrative claims data,” said Mathias during a AFCEA Bethesda Health IT event Wednesday.

“It’s still in a pilot phase but they’ve seen some success with this and they intend to keep growing it.”

The IT executive added that the AI systems being tested have an edge over current fraud detection systems because tree-based models allow faster identification of new types of criminal activity.

“As medicare fraud criminals figure out what’s being spotted by law enforcement, they keep changing their techniques, then this AI system figures that out and drops obsolete models based on that,” said Mathias.

Tree-based AI models use a decision tree to represent how different input variables can be used to predict a target value. Machine learning systems use tree-based models both for classification and regression problems.

Mathias said that HHS has also started using new AI technology to speed up counterfeit drug detection at the Food and Drug Administration (FDA) by using computer vision AI to tell whether a drug is authentic or fake. The technology can do so within seconds by evaluating wavelengths, which mitigates the need for a human to carry out a physical inspection.

Another branch of HHS, the National Institutes of Health (NIH), has also begun using AI automation when it comes to research grant proposal analysis and auditing. According to Mathias, the AI system has a 92% accuracy rate when it comes to accepting the appropriate grant proposals, thereby eliminating a key bottleneck for innovative research approval.

The CIO added that the use of AI systems at NIH would ensure taxpayer dollars are used more efficiently. 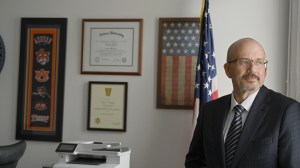