House Democrats published a draft bill Wednesday that would allocate just $50 million to the Technology Modernization Fund during fiscal 2022.

The legislation, which was proposed by lawmakers on the House Appropriations Committee, would provide the TMF with one-tenth of the $500 million requested for the 2022 budget last month by the Biden administration, which also called for $9.8 billion to support civilian cybersecurity programs across government. However, it’s double the sum deposited in the fund in recent appropriations cycles.

TMF earlier this year received a $1 billion emergency injection as part of the American Rescue Plan Act after widespread lobbying by lawmakers and tech advocates for nearly a year. Federal agencies have drawn on the TMF to support long-term technology modernization, including DHS, which has applied for money from the fund to support at least four projects.

Budget funding requests are determined by lawmakers on the House and Senate appropriations committees. It is relatively unusual for House lawmakers to advocate for a sharp reduction in requested funds.

The legislation also provides funding of $34 million for the U.S. Treasury to cover a range of measures including technology modernization, and it also would approve a separate $132 million funding pool for the enhancement of cybersecurity systems at the department.

If enacted, it will also provide the Treasury’s CIO with $4 million to cover administrative expenses incurred while making cybersecurity improvements.

The draft legislation also outlines provisions for the IRS to receive $305 million for necessary expenses relating to business systems modernization.

The draft bill also would approve a budget for the newly created role of National Cyber Director, providing $15 million in funding for the position for the fiscal year. 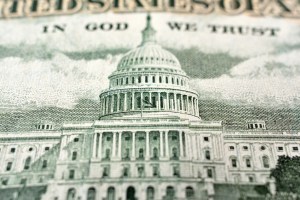