With the House passage of the American Rescue Act on Wednesday, the Technology Modernization Fund is one step away from finally getting the $1 billion injection lawmakers and tech advocates have been lobbying for nearly a year.

Now that both chambers of Congress have passed the $1.9 trillion COVID-19 relief bill, it is headed to the desk of President Joe Biden, who is expected to sign it Friday. The bill, among other things, will send stimulus checks of up to $1,400 to Americans who qualify, extend a $300 weekly unemployment supplement and provide billions in relief to businesses, governments and other organizations that have struggled during the pandemic.

Beneath those top-level provisions, the relief bill will expand funding for some critical federal IT and cybersecurity programs that play a key role in the government’s digital response to COVID-19. Namely, the TMF will with a single $1 billion appropriation receive five-times as much as it has in its entire existence from past funding bills — a meager total of $150 million since its creation in 2017.

The TMF is a central pot of appropriations intended to fund modernization projects under the stipulation that participating agencies pay back the funding within five years.

“Throughout this global health crisis, millions of Americans facing illness, unemployment, food insecurity, and an inability to pay their mortgages or rent have looked to the federal government for help,” said Rep. Gerry Connolly, D-Va., who is perhaps the biggest advocate for federal IT and the TMF on Capitol Hill. “Yet despite urgent Congressional action to provide unprecedented levels of economic assistance, those in need have had their misery exacerbated by a broken IT infrastructure that has prevented them from receiving timely support,”

The administration of the fund is led by a board of federal IT officials, headed by Federal CIO Clare Martorana, who was announced in the role this week. Leading this board and administering the fund will likely be a huge early priority for Martorana in her new job.

Former Federal CIO Suzette Kent told FedScoop in a prior interview that the TMF works — but “it’s not at the scale that we need,” meaning more money is needed to make it more effective.

“When you look at $25 million, I am not diminishing the importance of $25 million, but in a government initiative that impacts something that serves all citizens of the United States, that number doesn’t give you the opportunity to do very many projects,” Kent said last August. “When you look at the size of major investments on the IT dashboard, you can pretty quickly get your head around the fact that $25 million isn’t going to go very far. It was originally envisioned with more, and more was asked for.”

Roughly a year ago during the early days of the pandemic, lawmakers proposed doling out $3 billion for the TMF to help agencies fund IT upgrades tied to the coronavirus response. That proposal was cut from the final draft of the bill that would become the CARES Act.

Ever since then, across D.C., advocates, including Connelly and his colleague Rep. Steny Hoyer, D-Md., have argued how modernized tech and cybersecurity play an essential part in federal COVID-19 response efforts with little success. Tech associations like the Alliance for Digital Innovation also pushed repeatedly for TMF funding, penning letters to leaders on Capitol Hill in defense.

It wasn’t until Biden took office and Democrats took over both chambers of Congress that it looked possible that the TMF would receive funding. The Biden administration proposed a whopping $9 billion deposit in its initial outline of the American Rescue Plan. Even then, in February, it appeared TMF might get shorted by the Senate, which cut the proposal from an early draft of the most recent relief bill.

Rep. Carolyn Maloney, D-N.Y., said in a statement she is glad to “secure some funding, but we need much more to fully address the vulnerabilities of our aging federal IT systems.” She added: “We are working closely with the Senate Homeland Security and Government Affairs Committee on additional legislative options to ensure the federal government has the technology infrastructure it needs to serve Americans efficiently, effectively, and securely.”

The TMF isn’t the only federal IT program to benefit from the relief bill. When signed, it will also send $650 million to the Cybersecurity and Infrastructure Security Agency (CISA) for “cybersecurity risk mitigation,”  $200 million to the U.S. Digital Service — once again multiplying several times over what USDS has received in funding so far during its short life — and $150 to the General Services Administration’s Federal Citizens Services Fund. 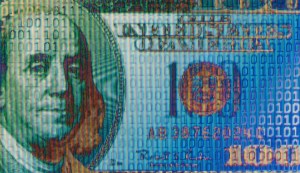 The TMF is set to get $1B payday