As agencies attempt to understand the artificial intelligence market, they have a new resource in the Office of Management and Budget’s Information Technology Vendor Management Office launched in October, said the federal chief procurement officer Wednesday.

Basic category management leverages existing contracts for categories of similar products and services, in this case, IT. The ITVMO builds on that structure.

“People are now going to need to understand how to purchase artificial intelligence, and the specific things I’m talking about are things like natural language processing and machine learning,” Wooten said during the second day of FedTalks presented by FedScoop. “How do we do that stuff? What might we need to change? Who has our expertise?”

The Office of Management and Budget‘s Office of Federal Procurement Policy created the ITVMO in collaboration with the General Services Administration, NASA and the National Institutes of Health.

Meanwhile, agencies like the Office of Personnel Management are trying to mimic what the ITVMO is doing across government at the micro-level, said Clare Martorana, chief information officer at OPM, during the same discussion.

OPM remains in the early stages of its IT modernization, but it has an “extraordinarily rich dataset” on federal employees it’s working to clean before its procurement team can make strategic AI investments, Martorana said.

“There are numerous places where AI and machine learning and natural language processing are really effectively being implemented in government,” she said. “And there are other places where we’re a little bit further behind.”

OPM has scoped several robotic process automation projects it’s hoping to launch, and more generally RPA use is on the rise across agencies. But many RPA use cases are duplicative, Wooten said.

RPA is often used to support contract closeout functions, but having five agencies create different automation tools for that purpose is wasted effort. Wooten wants different agencies using RPA for different repeatable processes and then sharing those tools with others that need them.

“Now I’m finding myself in the position of needing to orchestrate the use,” Wooten said. 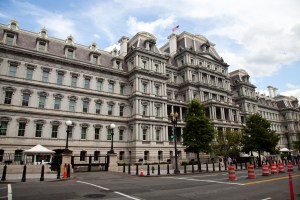