The Trump administration is firm on holding agency CIOs accountable, Kent said at an event hosted by Foreign Affairs and ATARC, but it also wants to give them considerably more power in pursuing new technologies beyond what was spelled out in the Federal IT Acquisition Reform Act (FITARA). The White House also wants agency leaders and their CIOs to collaborate more on goals, she said.

“The accountability is there, but the second part of the equation is authority, and we’re still working on that,” she said. “So when I say authority, I mean things like setting the technology direction, authority to hire skills that are needed, authority to manage the budget and the opportunity to sit at the table with agency and government leadership to collaborate and contribute on how we make decisions on how we are achieving mission.”

The pursuit of that mission, and the tools that will drive it, could require those CIOs to not only to acquire a portfolio of different solutions —  like artificial intelligence, robotic process automation and others — but also to determine how those tools transform agency functions, she said.

But counterbalanced with that potential autonomy is the Trump administration’s increasing expansion of shared services, which Kent said provides agencies the opportunity to free up capital while ensuring a strong IT foundation built on tech standards.

“I do also question areas where have multiple agencies are doing the same thing that isn’t necessarily mission-related,” she said. “We have opportunities to change the business model and evolve the technology at the same time, and, in that case, create more capacity for mission-facing investments.”

Though CIOs will have to both be more creative in how they pursue solutions, especially now that the MGT Act has provided agencies with working capital funds, Kent noted that there will come a point where agencies will need an increase in IT funding to achieve their goals.

“If you look at most major transformations that have occurred over the past 20 years, there’s a spike during the transformation when you are sunsetting the old and adding the new,” she said. “That overlap creates the need for additional budget and that’s a conversation that we are going to have to continue to have.” 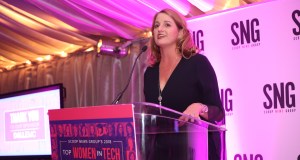 CIOs need to be let off the chain for IT modernization, Suzette Kent says