House lawmakers have voiced concerns over the Department of Veterans Affairs’ decision to roll out the Cerner Millennium electronic health records platform to an additional location before fully addressing patient safety concerns of frontline staff at an existing site.

At a hearing Tuesday, representatives called on the department to pause its decision to forge ahead with the rollout of its electronic health record modernization program and to focus on resolving issues at the Mann-Grandstaff VA Medical Center in Spokane, Washington. The decision to implement the IT system in a new location comes despite prior assurances by the VA that the rollout would be halted until problems at the Spokane facility were rectified.

The Cerner platform makes up the backbone of the VA’s health records modernization program, which has so far risen in cost to $16 billion — a 60% increase from the $10 billion initially budgeted for the project.

Speaking at the hearing, Rep. Matt Rosendale, R-Mont., said the decision to move ahead appeared to have been made “without demonstrating tangible improvements at Spokane, without putting forward quality metrics, and seemingly without the VA meeting its own criteria to move forward.”

Rep. Mike Bost, R-Ill., warned also that it was “painfully clear” that difficulties at the VA’s facility in Spokane were caused by the rollout of the EHR system, adding that he believed the records system should not go live in Ohio until the problems at Spokane were corrected.

Since April, frontline staff at the VA have submitted 829 tickets with management to raise patient safety concerns, of which 576 relate directly to the implementation of the electronic health records system.

In response to questions from lawmakers, VA Deputy Secretary Donald Remy said he had appointed a multi-disciplinary task force to look into and find a remedy for each ticket and that the department had established a feedback system to ensure that problems with system implementation at Spokane are not replicated in Ohio.

Earlier this year, VA Deputy Undersecretary for Health Carolyn Clancy assured lawmakers at a hearing that the department would not move ahead in implementing the system in a new location until problems with the system in Spokane were fixed. At the time, Clancy said a new schedule for deploying the system across the country would not be ready until the end of the year.

Earlier this year, the VA came under fire after a series of reviews by its inspector general and Government Accountability Office found that the department underestimated the costs of infrastructure upgrades in the modernization program by billions of dollars, largely because of inconsistencies in how the department tracks the costs of the sprawling program across its offices and reports them to Congress.

This error led Congress to get involved, proposing the VA Electronic Health Record Transparency Act to force the VA to better account for its spending on the program and properly report it to lawmakers.

In October, the VA announced it would commission an independent body to review the EHR program and also to provide a full cost estimate after failing to provide Congress with a full picture of costs.

The review, to be conducted by the Institute for Defense Analyses, is projected to take 12 months.

Responding to a request for comment, Brian Sandager, general manager and senior vice president at Cerner Government Services said: “Cerner supports VA and shares their commitment to getting this right. We take our responsibility to Veterans and VA providers seriously and have remained on site at Mann-Grandstaff gathering feedback and implementing change requests as directed by VA.”

“Continued success of VA’s EHRM program will require transparency and an unwavering dedication to do what is right for Veterans and the VA providers who passionately serve them,” he added.

Editor’s note: This story was updated to include comment from Cerner. 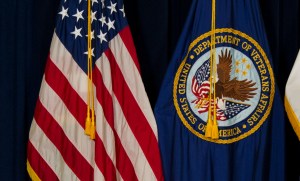