General Services Administration officials made a strong case last week for why agencies should apply for part of the $100 million Technology Modernization Fund to support their emerging technology efforts.

In a May 22 webinar detailing how agencies can submit IT modernization proposals for financing from the central fund administered by GSA, TMF Executive Director Elizabeth Cain and Justin Herman, GSA’s head of the Emerging Citizen Technology Office, said the overseeing TMF board “is specifically interested in projects that leverage emerging technologies.”

Indeed, a page on the Emerging Citizen Technology Office section of the GSA websites reads: “A combination of bold and innovative emerging technology solutions including Artificial Intelligence and Robotic Process Automation piloted and tested by agencies across government with the operational rigor and funding of the Technology Modernization Fund holds the potential to drive to incredible performance advancements in public services.”

“The American people need modernization now for their services, legacy systems need to be updated. It’s everything we’re talking about, and right now we have that opportunity,” he said. “We’re inviting teams to come with their proposals to work with [the TMF program office] team and others to be able to see and find and craft and make sure things are running the way they should be.”

The hosts pointed to things like artificial intelligence and robotic process automation as two specific emerging technologies that could be perfect for TMF money.

Given that agencies receiving TMF funding are expected to repay the loans in installments, the cost savings derived from proposed plans and their near-term impact on taxpayers factor into the TMF board’s decision on which projects to fund, Cain said in the webinar.

“The board always asks about each proposal, ‘How does this affect the American people? What is the benefit to them,’” she said. “That story is always there though because we know that when you pursue an IT modernization project, it’s always in service of the mission. It just takes that extra step to explain to the board how it affects the American people.”

Cain said the TMF Board has so far found a “sweet spot,” accepting projects that cost between $2 million and $10 million and can be repaid within five years of their last dispersal. That range, she said, allows the board to pick multiple projects that “an agency can deliver on in a shorter period of time.”

“It’s an increment where the board can really see the change that their investment’s going to make in that agency’s system or process, and also allows us to fund multiple proposals within our $100 million allocation,” Cain said. 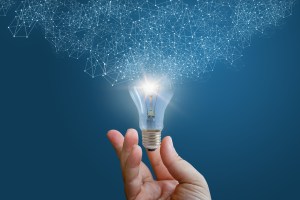