Since 2003 the U.S. Department of Agriculture has regularly acquired and maintained aerial imagery of the entire continental U.S., making this geospatial treasure trove available to the public, for free, as open data. While the originally intended audience of this National Agriculture Imagery Program was the agriculture industry, other businesses and researchers have found the digital files useful.

Take, for example, the D.C.-based location data startup Mapbox. Back in 2014, the company used NAIP data to test its capacity to apply color correction to images at scale. The fact that this data is free to use made it especially attractive.

Now Mapbox is sounding the alarm on a proposal circulating around USDA that would move NAIP to a licensed data model from 2019 onward.

For USDA’s Farm Service Agency (FSA), which administers the program, the key consideration is simple: money. In fiscal year 2017 FSA spent just over $24.1 million on NAIP. In an era of shrinking budgets, FSA is floating the idea of licensing NAIP’s data to ensure the program can pay for itself. NAIP pays companies for the images, according to a leaked USDA slide deck from November 2017. A handful of other agencies also participate, and they are behind on cost-sharing commitments, according to the slide deck.

The problem with licensing the images, Mapbox argues, is that the move could stifle innovation. “[NAIP] creates customers by providing an ‘on-ramp’ for students, small businesses, and organizations learning to work with remote sensing resources,” Mapbox’s Charlie Loyd wrote in a recent Medium post. “As they need more sophisticated data and services, they will buy them. But without NAIP as free baseline data, they might never start the weekend projects and pilot initiatives that turn into big products and million-dollar data contracts.”

The team at Mapbox knows this from personal experience. NAIP may no longer be a crucial data source for the company, but back in 2014 it was meaningful to its continued growth.

“We are cognizant of the fact that we built our business on open data and that it continues to be important for our business and the world,” Mapbox’s Tom Lee told FedScoop. But there’s also a broader philosophical point here — a belief that government data should be open whenever possible.

“We believe resources like this are shared public infrastructure, like roads or sewer pipes,” Lee said. “They’re paid for by taxpayers and they ought to be available to everybody.”

So what’s the appropriate level of concern here?

As Lee pointed out, it’s unclear just how much the Trump administration values open data. Nearly a year into the administration, and despite worries that began during the presidential transition, open government watchdog the Sunlight Foundation hasn’t found any evidence of large-scale deletions of open data sets. The exception, the group notes, are some USDA animal welfare datasets that were taken offline in early 2017 but then “partially returned following public outcry and several lawsuits.”

The Trump administration is, however, making substantial changes to information posted online. Federal website redesigns, including the makeover of whitehouse.gov, have seen documents and pages removed and language, specifically around environmental issues, significantly changed.

USDA officials paint the NAIP proposal as a routine occurrence. “USDA staff regularly reviews services and program options,” an agency official told FedScoop. “Working with our partners, we are studying ways to ensure the sustainability of the National Agriculture Imagery Program (NAIP). There is no plan to end NAIP and no decisions have been made.”

The USDA slides from November note that moving to a licensed model is “likely to have significant political ‘blow back,'” and that, in any case, the agency would probably have to post a notice in the Federal Register before finalizing any plan.

Lee recognizes that it is still early. “I’m optimistic,” he said, “that we’re going to be able to keep the NAIP dataset open.” 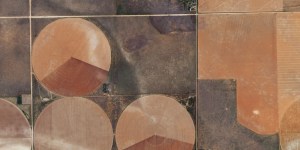