No two agencies define their chief data officer role the same way, and the U.S. Department of Agriculture has gone a step further by appointing assistant CDOs across its eight mission areas in addition to the department CDO role.

After challenging agency leaders to identify problems that data and analytics techniques like natural language processing could solve as part of a 12-week exercise, USDA recognized a desire for more data insights.

The department needed to develop staff and skills to meet demand, and the assistant CDO positions were born, Ted Kaouk, USDA CDO and recently appointed chair of the federal CDO Council, said in an SNG Live panel Tuesday.

“I think that it’s actually provided us with a lot of agility on the technology and infrastructure side, as well as having the appropriate connections to the business to make it happen,” Kaouk said.

As USDA CDO, Kaouk reports to the chief information officer, but he also has a CIO-like function in that he manages the department’s enterprise analytics platform.

Beneath Kaouk, the assistant CDOs lead major analytics functions for large agencies while reporting to the chief operating officers in their mission areas.

“In a lot of cases, CDOs can be successful as long as they’re appropriately empowered in the organization by the leadership and they have a seat at the table to deliver that value,” Kaouk said.

Reporting to a CIO doesn’t mean a CDO can’t succeed, and in fact, a small minority of private-sector CDOs have super technical backgrounds, said Dan Prieto, strategic executive for federal government at Google Cloud. Instead, they serve as “business change agents,” who have relationships with CIOs — and chief information security officers, in terms of risk management— while reporting to the business or even the finance side of their organizations, Prieto said.

“You definitely don’t want to silo them just under traditional IT,” he said. “And so if you report to a CIO that’s fine, as long as they do continue to have that seat at the table and that voice to the business side.”

The CDO role remains relatively new, and the strategic potential is “huge,” Prieto said. Hardly any organizations had one in 2012, compared to 65% of large private organizations by 2018, he said.

But the government remains at the “starting point” in terms of delivering on the CDO’s value, Kaouk said. The role has been “proved out” in the private sector and at USDA, but it will fall to the CDO Council to share best practices and leaders to implement them at their respective agencies, he said.

“The long pole in the tent for most analytics projects is data governance much more than it is technology,” Prieto said. “So the role of the CDO to push those projects forward and push an enterprise view of the value of data is critical.”

Correction: Aug. 19, 2020. An original version of this story incorrectly stated USDA assistant CDOs report to their respective CIOs. They report to the chief operating officers in their mission areas. 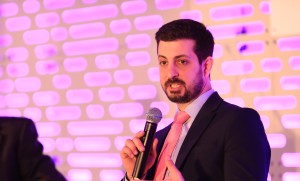