MTIPS secures agencies’ internet traffic by reducing the number of connections needed, which reduces the .gov’s attack surface while making it easier to monitor.

“GSA recognized the MetTel team’s capability to provide MTIPS security services with a modern and modular structure that will provide new benefits for agencies,” said Robert Dapkiewicz, senior vice president and general manager of MetTel Federal, in the announcement. “The constant attempt by cybercriminals to penetrate government websites is showing no sign of slowing down.”

MTIPS covers additional cyber services like continuous monitoring, which in MetTel’s case will be provided by its EIS security partner Raytheon. Other services include network intrusion detection, hosted Domain Name System sink holing, and email scanning and filtering — all of which send real-time data to a security operations center.

One of eight primes on the government’s $50 billion EIS contract for telecom and network modernization, MetTel is the only non-incumbent local exchange carrier to build its own MTIPS infrastructure.

Only three other EIS primes — AT&T, Lumen and Verizon — have completed the TIC Assessment and Authorization Process to receive their MTIPS ATOs. BT Federal, Core Technologies, Defined Technologies and Granite Telecommunications were awarded MTIPS through EIS but have yet to complete the process. 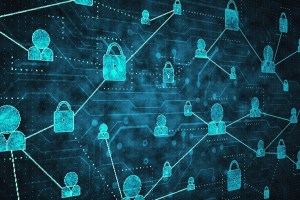