Implementation of the Modernizing Government Technology Act, which was signed into law in December as part of the 2018 National Defense Authorization Act, begins now.

On Tuesday, the White House’s Office of Management and Budget released Memorandum M-18-12, Implementation of the Modernizing Government Technology Act.

In it, OMB addresses how agencies can start to apply for funding from the centralized Technology Modernization Fund (TMF), who will staff the board that will oversee the TMF and some guidance on how CFO Act agencies can begin to set up their own IT Working Capital Funds.

“The TMF and agency IT Working Capital Funds represent years of hard work between the Administration and Congress to address our technology modernization efforts and provide the necessary resources that will drive change needed to get us into the 21st century,” Suzette Kent, now in her first week as federal CIO, said in a statement.

On March 12 a seven-person board with the task of overseeing the TMF will be established. The board will consist of the federal CIO, a “senior official” from GSA with IT expertise, one person from the Department of Homeland Security’s National Protection and Programs Directorate and four federal employees “primarily having technical expertise in information technology development, financial management, cybersecurity and privacy, and acquisition.” This board will decide which agency projects ultimately receive funding from the TMF.

As OMB puts the finishing touches on this board, however agencies can begin to submit initial project proposals for consideration now. Projects should have a strong tie to agency mission, clear measures for success and a proven team behind them. OMB also expresses specific interest in “common solutions” — projects that may have the potential to serve in various capacities in one agency, or across several agencies. “OMB anticipates that the TMF will be a testbed for projects and procedures that agencies can operationalize through their IT planning processes and in their execution of their existing appropriations,” the memo states.

The memo provides a template that agencies can use when submitting a project proposal, and some information about agency reimbursement of TMF funds.

Finally, the memo gives preliminary guidance for CFO Act agencies that wish to set up IT Working Capital Funds (IT WCF). Agencies must alert OMB by March 27 if they intend to set up an IT WCF for fiscal year 2018. From there agencies can use IT WCF funds for set modernization purposes, like transitioning legacy systems to the cloud, replacing existing systems for the sake of cybersecurity and reimbursing funds transferred from the central Technology Modernization Fund.

While this guidance places most emphasis on the TMF, it is worth noting that the central fund is not where the most potential lies. The MGT Act sets aside “up to $250,000,000 in appropriations for the TMF for each of fiscal years 2018 and 2019,” bringing the total purse to only $500 million. Thus, large-scale modernization efforts will likely be funding primarily through the agencies’ own working capital funds. 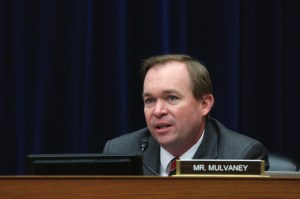