NASA plans to issue a request for proposals for a nearly $2 billion contract to consolidate, standardize and centralize IT services from across the agency at the end of February.

The space agency issued a presolicitation notice Friday declaring that it will open its NASA Consolidated Applications and Platform Services (NCAPS) contract vehicle for bids “on or about February 28, 2023, with an anticipated offer due date of on or about March 31, 2023.”

NASA initially anticipated launching the RFP period late last year. However, in a Nov. 14 notice, it said the procurement was placed on hold “until further notice.”

Now that the contract seems to be back on track, NASA said it will issue a draft RFP sometime on or around Jan. 13 so that prospective bidders can provide questions, comments and concerns. With this, the agency anticipates hosting a virtual industry day the week of Jan. 24.

Through NCAPS, NASA wants to acquire a “comprehensive enterprise solution to standardize and centralize NASA’s IT support,” the presolicitation document says.

“This includes the maintenance of IT systems, development of new applications as needed for NASA, a rationalization of duplicative efforts to create efficiencies across NASA Centers, and other functions,” it reads. “The NCAPS contract will be critical in consolidating the scope of NASA’s Office of the Chief Information Officer (OCIO) application and platform services at NASA Centers, IT Programs, and the NASA Shared Services Center (NSSC).”

The eight-year contract consists of a 90-day phase-in, a nine-month base period and seven one-year options. 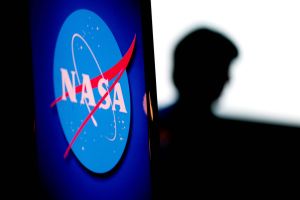