A plenary meeting between the committee and consortium of more than 180 members — representing companies, universities and federal agencies — will be held Wednesday.

The National Institute of Standards and Technology launched the consortium on Sept. 28, 2018 and will have representation on the committee along with companies like Boeing, ColdQuanta, Google, IBM, QC Ware, and Zapata Computing.

“This consortium will help build the supply chain for an industry that doesn’t yet exist,” said NIST Director Walter Copan in an announcement. “To fully realize the benefits of quantum science and technologies, we will need to make advances similar to those made with computers.”

The National Quantum Initiative Act signed into law by President Trump in December 2018 codified the preexisting consortium within NIST, giving it a year to convene. NIST was given two years to report the consortium’s recommendations for closing QIS research gaps in metrics, standards and cybersecurity to the Senate and House science committees.

“Through the establishment of the QED-C steering committee, the administration has reached yet another milestone delivering on the National Quantum Initiative and strengthening American leadership in quantum information science,” said U.S. CTO Michael Kratsios in a statement. “We look forward to the continued work of the QED-C and applaud this private-public model for advancing QIS research and innovation.” 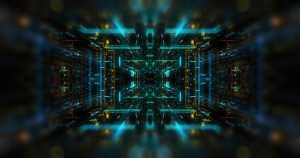