Networking between quantum information systems is perhaps the largest barrier to further advances in computing and a major reason the National Science Foundation helped create the Quantum Leap Challenge Institutes in July.

Building bigger quantum computers is fine in theory, but multi-core quantum computers are comprised of smaller systems that require interconnects without losing fidelity, Denise Caldwell, division director for physics at NSF, said on a Thursday call with reporters.

NSF needs a network for quantum computers to communicate with each other and transmit information reliably, Caldwell said.

“We don’t yet know how to do that,” she said. “And this is where we really have to continue to push this fundamental research that addresses that kind of question.”

The three Challenge Institutes — established to advance quantum information science (QIS) research and development with targeted investments from NSF to the tune of $75 million — will do just that, Caldwell said. Within the next five years, the university-hosted institutes are expected to answer questions about quantum sensing, high-fidelity networks and more reliable computers that will benefit government and industry.

NSF won’t be solely responsible for directing future government investments in QIS, Caldwell said. The National Quantum Initiative Act of 2018 created the Subcommittee on Quantum Information Science, an all-of-government group that will guide U.S. quantum strategy between NSF, the Department of Energy, the National Institute of Standards and Technology, the Pentagon, and NASA.

Networking isn’t the only fundamental problem agencies like NSF face when it comes to QIS.

“There are some deep challenges in training the emerging quantum workforce,” said Dominique Dagenais, program director for electronics, photonics and magnetic devices.

NSF wants to promote quantum literacy in schools, Dagenais said, and was involved in launching the National Q-12 Education Partnership on Wednesday to provide nearly $1 million in funding for teacher immersion programs.

But college courses continue to be dictated by siloed departments, and more cross-departmental quantum engineering courses are needed. Further not enough academics teach computer science, and biology, as it intersects with QIS, remains an “immature” study, Dagenais said.

The Challenge Institutes could provide a quantum workforce pipeline for government.

“There are challenges in how we bring new generations of students to the workforce and make sure that they align with the needs of research labs in industry or governmental labs,” Dagenais said. “Linking academia with government labs and industry is also very important, and so we are trying to tackle all of those challenges through our Quantum Leap Challenge Institutes.” 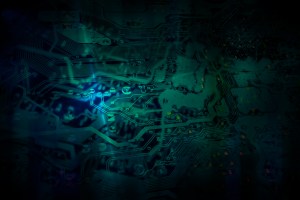