A facet of the Republican-led American Health Care Act would “cripple” the advances made in using genomic and big data sets to bolster medicine, the nation’s first federal chief data scientist says.

DJ Patil, U.S. chief data scientist in the latter years of Barack Obama’s presidency, wrote on Medium that Trumpcare, as the AHCA is nicknamed, would threaten the country’s ability to leverage data to advance medical science, particularly in the fight against major diseases like cancer. The White House’s proposal would allow insurance companies to deny coverage or charge more when people have preexisting medical conditions. That provision could make people less willing to share important information about themselves with researchers, Patil says, because of fear it could be used against them later.

“[M]y deep fear is that people won’t be willing to donate their data. And there are too many people who have diseases that need us to donate our data to help,” Patil writes.

At the center of the Precision Medicine Initiative introduced under Obama is the “responsible collection of large amounts of data to be able to develop truly customized medical treatments for each patient,” Patil explains. The Trump legislation essentially threatens that project.

When the Obama administration was developing the initiative and talking to people around the country about it, “a key concern was ensuring that their data couldn’t be used against them or their family (this is genetic information so if you share a biological basis, you have overlap in the data),” Patil says.

“Being able to safely and responsibly bring together large volumes of data such as a patient’s DNA, environment, or health history offers an unparalleled view into how disease manifests,” Patil writes. “In fact, when we were working on the Cancer Moonshot, it became very clear that the primary route to winning the war on cancer is to bring together fragmented data sets with modern data science and artificial intelligence. With these elements, doctors can utilize a more complete picture of a patient’s health to provide better care.”

Patil acknowledges that the Affordable Care Act has areas that need improvement, but says the AHCA would be “a massive step backwards” for medical advancement.

“Innovation is hard and we’re lucky that those before us laid down the foundations for us to enable the incredible medical advancements we see see today,” he says. “Let’s also be clear, the AHCA will cripple our nation’s efforts to enter the era of genomic medicine and the second order effects to ending cancer and addressing problems such as organ donation.” 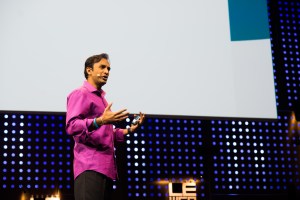