Instead of building a presidential library for Barack Obama, the 44th president’s foundation will help fund a more-accessible digital archive of his records.

The Obama Foundation and the National Archives and Records Administration will work together to digitize the the president’s unclassified physical records “to the greatest extent possible,” NARA said in a statement Wednesday.

The partnership will “make the records more easily accessible to the public,” the Obama Foundation added.

Along with the promised digitization of Obama’s paper files, the foundation also delivered more than 250 terabytes of digital records, which include about 300 million emails, for NARA to host.

Together, the files will “represent the largest digital archive of Presidential records,” NARA says.

The move marks an evolution of NARA, the steward of presidential records, to further embrace digital record-keeping.

“The establishment of a digital archives for the records of President Obama continues NARA’s efforts to establish new ways of reaching more researchers, educators, students, and citizens alike in the 21st Century, and sets the stage for a new era in the study of Presidents past and future as well as of the Presidency itself,” NARA’s statement says.

After the physical records are digitized, NARA will store them in an existing facility.

Although there won’t be a traditional presidential library, the foundation has plans to build the Obama Presidential Center with a museum, which it will privately operate. NARA has agreed to loan physical records and artifacts to the museum and others.

“The Obama Presidential Center will be built in Jackson Park on the South Side of Chicago,” the foundation says. “It will be a working center for citizenship, telling the story of the Obama Administration and inspiring people and communities to take on challenges and create change in their own communities — at home and across the globe.” 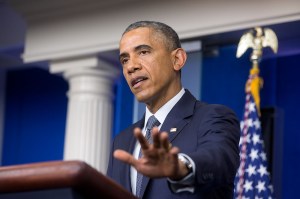