Data science is hot, and the Office of Personnel Management wants to help federal agencies hire more people with this skillset.

A memo released last week by OPM associate director of employee services, Mark Reinhold, gives agencies the go-ahead to add the parenthetical (Data Scientist) next to the official title for a variety of job listings.

“Data Scientists are defined as practitioners with sufficient knowledge in the areas of business needs, domain knowledge, analytical skills, and software and systems engineering to manage the end-to-end data processes in the data life cycle,” the memo reads. “Data science is a rapidly changing field and positions may be classified in a number of different occupational series based on the nature of the work.”

As such, OPM has decided that a number of its so-called “occupational series,” including epidemiology, actuarial science and “IT Specialist – Data Administration,” may include significant data science work and can now be classified accordingly.

“This guidance authorizes agencies to use a parenthetical of (Data Scientist) along with the occupational title for positions that perform data science work as a major portion of the job, and not as a collateral duty, for example Statistician (Data Science),” the memo reads.

The guidance aligns with a number of other actions taken by the current administration, including cross-agency priority goal No. 2 associated with the President’s Management Agenda: “Leveraging Data as a Strategic Asset.” It also supports the Foundations for Evidence-Based Policymaking Act, which President Trump signed in January. 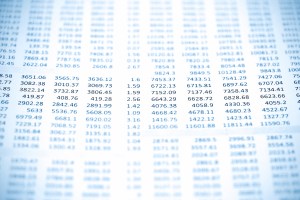