On Tuesday, after months of anticipation, the Library of Congress launched a new webpage dedicated to the public release of policy reports written by the taxpayer-funded Congressional Research Service. Early impressions indicate the site delivers on the library’s plan, if not all outside advocates’ hopes.

“The good news is that they actually got a website up,” Daniel Schuman, the policy director at transparency organization Demand Progress, told FedScoop.

But Schuman does have some concerns — the site is missing “thousands” of reports it should have published, he says, and the 600 reports that are public are published only as PDF documents, a strike against accessibility.

This isn’t the first time he has voiced his concerns.

The existence of crsreports.congress.gov was ensured by the Consolidated Appropriations Act of 2018, which President Donald Trump signed in March.

Buried in the bill’s 2,232 pages is a section that directs the Library of Congress, together with CRS, to “establish and maintain a public website containing CRS Reports and an index of all CRS Reports contained on the website.”

In a required implementation plan the library sent to Congress in May, Librarian Carla Hayden set a Sept. 18 date for launch of the site — and the site did launch on Sept. 18. The plan stated that only around 500 active R-series reports (the reports published between enactment of the spending bill and launch of the website) would be available right away — and over 600 could be seen on the site on day one. The plan also made it clear that reports would be published in PDF format — and lo and behold, the reports are published in PDF format. 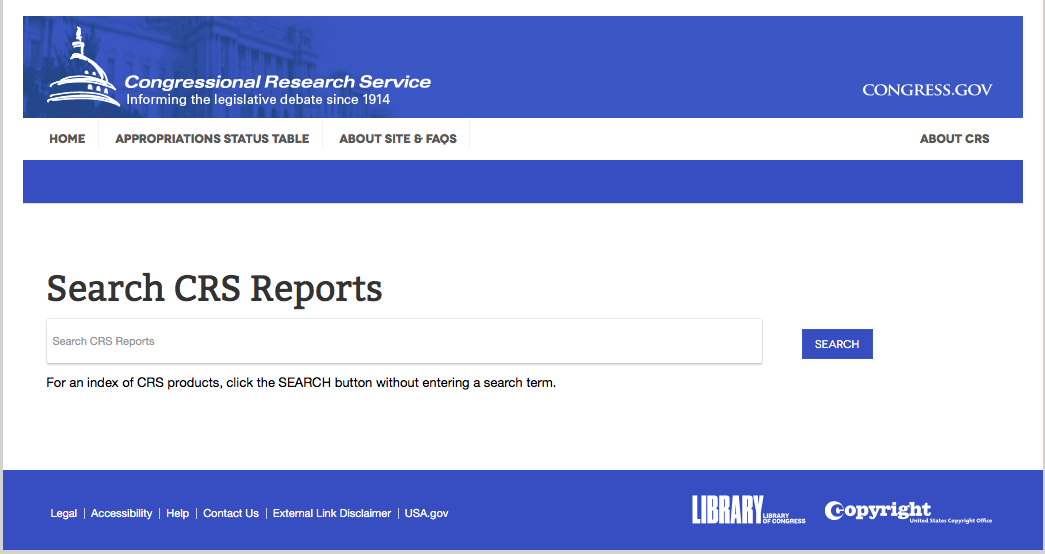 The site has received positive early response from Capitol Hill — “this new website will serve as a one-stop shop for taxpayer-funded policy analysis, and I welcome its long-anticipated launch and the important role it will play in promoting government openness and accountability,” Rep. Mike Quigley, D-Ill., who supported legislation to open up CRS reports, said in a statement.

But the planned development of the site, specifically its functionality and cost, received criticism from transparency advocates this summer.

When compared to EveryCRSReport.com, an open-source CRS report repository with over 14,500 reports that his organization maintains, Schuman has called the library’s $1.5 million website “unreasonably expensive.” Director of the Federation of American Scientists Steven Aftergood, meanwhile, was more bothered by the redundancy, given that sites like EveryCRSReport.com already exist.

“I feel a little puzzled that it took such a long time to accomplish this move,” Aftergood told FedScoop in July. “You could even say that it is taking place at a time when it has become almost redundant.”

According to the library, the site is a work in progress. While newly published nonconfidential reports will now be available to the public as quickly as they are available to Congress, the process of uploading old reports will be a bit slower. The library says it is working “as expeditiously as possible,” however, and plans to migrate around 400 reports each month through Spring 2019.

The lack of a firm date for completion troubles Schuman. “My goal is [for EveryCRSReport.com] to go out of business,” he said. But as long as the library’s site is more limited in what it delivers, that won’t happen.

Rep. Quigley indicated that he’ll be keeping an eye on the library’s progress.

“It is imperative that all of CRS’ informative, unbiased, nonpartisan reports are added to the website as soon as possible, and I will continue to monitor the status of these updates to ensure the American public has the wealth and breadth of information they deserve,” he said.

At the end of the day, the very existence of the website is one meaningful step toward transparency. Though the CRS is taxpayer-funded and much of its work is nonconfidential, Congress has been keeping the reports out of the hands of most regular citizens since 1954. Initially, the stated reason for this was because of the prohibitively high cost of reproducing copies — a concern that’s been outdated since the advent of the internet. While a network of ad hoc report sharing like EveryCRSReport.com sprung up to fill the void, the new site marks the first time in 64 years that CRS reports have been shared by an official, authoritative source. 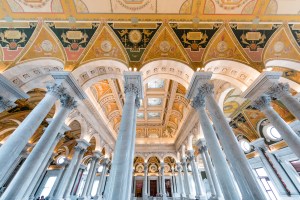