Although recent legislation has underscored the need to coordinate the nation’s pockets of quantum computing research, the government and private sector must do more to build cybersecurity into the U.S. strategy for the incipient technology, two researchers argue in a new report.

As China and other nations attempt to leap forward with quantum information science (QIS), U.S. policymakers must see it not only as a race for supremacy in industry and science, but also as a national security threat, write Arthur Herman and Idalia Friedson for the Hudson Institute.

Reports out of China on Tuesday said the nation was working to establish a commission in the next six months that will craft standards for the various applications of quantum technology — a move that Herman said could provide them with an edge in the developing marketplace.

“The Chinese understand that standards and requirements are the name of the game in high tech,” he said. “It’s one of the things that we are still grappling with, both at the government level and, I think, at the corporate level,” when it comes to QIS.

Think of the videotape format battles of the 1980s between VHS and Betamax, Herman said, or between Blu-ray and HD DVD in the 2000s, where one standard emerged as the decisive winner. China itself has shown a great interest in cornering various parts of the tech market, including 5G wireless equipment — a reality that has raised deep concerns among U.S. national security officials about Beijing’s capacity to use it for cyber-espionage.

“The Chinese understand that this has international implications,” he said about quantum technology. “In other words, if they are the first out of the blocks with standards that become the requirements for governments and for corporations in other countries, they will have won a major victory over the U.S. in terms of becoming an information technology leader.”

In the case of quantum technology, the chief concern is that its potentially immense computing power would render current forms of cryptography obsolete. In that scenario, no data would be safe. With that in mind, the U.S. has made some moves toward standards as well. The National Institute of Standards and Technology has been analyzing potentially quantum-resistant algorithms since 2017 in an effort to craft new cryptographic standards, but

Herman and Friedson argue that the U.S. isn’t doing enough, though.

“That’s got to be something that we start thinking about now, I think. I don’t get a sense of real forward-looking in that direction,” Herman said, noting that the leading companies working on quantum cybersecurity largely reside outside the U.S., in countries like Canada, Australia and the United Kingdom.

Congressional committees in the House and Senate have explored QIS largely through the lenses of science and defense research, but Herman said other leaders need to take a deeper look into the national security and critical infrastructure implications.

“Right now, what I would like to see is some focus in some other congressional committees, like Homeland Security, the Armed Services Committees [and others] focused on the issue of making America quantum secure quantum ready,” he said.

Two bills have emerged this summer that propose better coordination between agencies, the private sector and academia, and the White House Office of Science and Technology Policy has formed a quantum taskforce to coordinate research efforts.

But while the research in developing quantum computing technology is labor and resource-intensive, Herman said the growth of quantum software could evolve quickly, especially when coupled with federal guidance on the path forward.

“We’re not picking winners and losers, but simply sort of saying this is where you need to go, these are the priorities you need to take,” he said. “NIST has already steps like that by insisting that those who are going to have future government contracts are going to have to provide for quantum security, but where are they going to get it, what are the standards, who do they look to, what do they need to protect?

“All of these are questions that are going to be buzzing around us in the next year or so, trust me.” 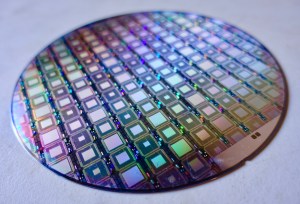 Push for quantum tech must include cybersecurity, researchers warn