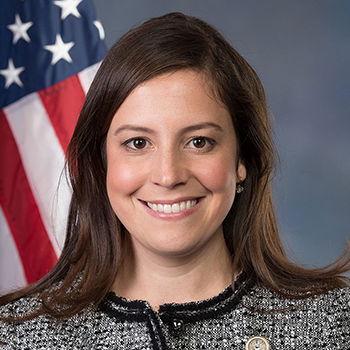 Elise Stefanik, serving as the chairwoman of the House Armed Services Subcommittee on Emerging Threats and Capabilities, has emerged as a strong advocate for the advancement of U.S. cybersecurity policy. The New York Republican co-sponsored legislation to increase congressional oversight of military cyber-operations, and in general has urged more the government, military and tech industry to collaborate more on digital security. In February 2018 she led a congressional delegation to Latvia, Estonia and Ukraine, placing emphasis on discussions about information warfare, cyber-operations and other global security topics, as those nations face Russian threats in cyberspace and elsewhere.