SAIC can officially start work on a five-year, $727 million Cloud One cloud computing contract with the Air Force now that a protest of the award has been denied.

The Government Accountability Office recently denied a protest of the contract by incumbent award-holder Leidos, supporting the Air Force’s decision to dismiss the company as ineligible for the Cloud One award because of an organizational conflict of interest through one of its proposed subcontractors. The subcontractor was already working on a tangential program. GAO did not name it in its decision.

The unnamed subcontractor’s existing work with the branch’s Enterprise IT-as-a-Service program, the Air Force decided, gave it unequal access to information and impaired objectivity for the Cloud One program that it could not fully mitigate.

“Here, the agency concern is that through its work on the EITaaS programs, [the subcontractor] will have the opportunity to influence the programs to favor its own performance on the CCE award,” the GAO decision says.

Leidos had held the Cloud One contract, formerly known as the Air Force Cloud Computing Environment, since 2016 with the subcontractor in question supporting it. During that time, the Air Force migrated more than 30 applications into commercial cloud environments.

Now SAIC will take over that workload, continuing to integrate the move to the commercial cloud for the Air Force and other services. The company said in an announcement last week that under the contract it will move about 800 Air Force and Army applications into the cloud.

“The Air Force and Army need speed, scale, and security in migrating their mission apps to the cloud,” Michael LaRouche, executive vice president and general manager of SAIC’s National Security Customer Group, said in a statement. “We leveraged the best of our own proprietary solutions and partners’ technologies to develop a smart migration approach to address the military’s critical needs. We have invested heavily in our IT modernization capabilities, and the opportunity to assist the DOD reinforces the value we deliver to our customers.” 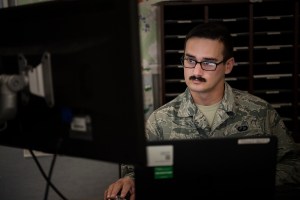