The National Archives and Records Administration has appointed Sheena Burrell to the post of permanent chief information officer.

She moved into the role on Aug. 1 after carrying out the responsibilities of CIO on a temporary basis following the departure of Swarnali Haldar in May.

Burrell was previously deputy chief information officer at the National Archives and Records Administration (NARA), in which role she led IT programs and projects across four divisions, and helped to create the agency’s strategic plan. She first joined the agency in February 2019.

Prior to joining NARA, Burrell worked for NASA, where she was an IT business manager, and also for the Social Security Administration.

The incoming IT leader steps into the role as the National Archives responds to a number of IT and technology modernization challenges, including addressing a backlog of requests for service records from veterans.

The agency hopes to process 85% of archival holdings by the end of that period and that it will work to enhance catalog descriptions that promote equity in discovery and archival access for underrepresented communities.

In addition, according to the agency’s most recent IT strategy, NARA intends to deliver 95% of customer requests – including FOIA requests – on time by 2026.

“In order to achieve success in this goal, NARA must digitize millions of records we hold in analog formats, keep pace with the continuous stream of new records we receive each year, and develop new ways to help citizens find our records through the online National Archives Catalog,” the agency said in its draft strategic plan last year. 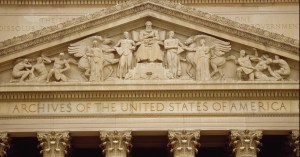