The Pentagon’s Space Development Agency on Thursday awarded General Dynamics Mission Systems a $324.5 million contract to establish and sustain the ground operations and integration (O&I) segment of Tranche 1 of its National Defense Space Architecture, which will encompass a constellation of an estimated 166 satellites to support military personnel across the globe.

Seven proposals were submitted by industry and evaluated by SDA for this latest competition.

“It’s worth noting that this O&I contract is among the first of SDA Tranche 1 award announcements — but it will not be the last,” an SDA official told reporters on Thursday on condition of anonymity. “SDA has put forth several major competition opportunities over the last year and the team remains hard at work selecting performers based on all the inputs received and expected.”

SDA’s envisioned National Defense Space Architecture encompasses a layered approach with multiple tranches of deployments. Eventually, it is expected to feature hundreds of satellites that will monitor targets like missiles and hypersonic vehicles, provide position, navigation and timing for military personnel in GPS-denied environments, and communicate with ground stations and other spacecraft.

“Every tranche can potentially have different satellite vendor providers. And so what we have done in our strategy is to build out a ground segment that incorporates open-architecture concepts, and develops interfaces that can be communicated and standardized so that the integration with all the different vendors as they come on board can feed into the overarching ground networking enterprise,” the SDA official noted.

The scope of this newly announced contract award involves producing a common ground architecture that integrates space- and ground-based segments from a number of vendors in various configurations and enables mission operations mesh networking control.

“The O&I contract really is the most critical element of Tranche 1, and it carries the highest risk for the overall Tranche 1 successful performance,” the official said.

As the O&I prime contractor, General Dynamics selected Iridium Communications as “a major teammate” in this project, the official confirmed. Other partners involved include KSAT, Emergent and Raytheon.

Development work will be performed at various contractor facilities and then the overall operation will unfold at SDA networking centers located at Grand Forks Air Force Base, North Dakota, and Redstone Arsenal in Huntsville, Alabama. The O&I contractor will build out one operation center at each of those two facilities — and also establish multiple new ground stations, or data entry points.

While SDA typically acquires its satellites under fixed-price contracts, it opted for the O&I agreement with General Dynamics to be cost-plus, the official noted.

“We decided that with the level of risk and the amount of development that needs to happen in order to build the ground architecture, there is a certain amount of risk that we do need to accept from the government perspective and allow for the development to take its course,” the official said. 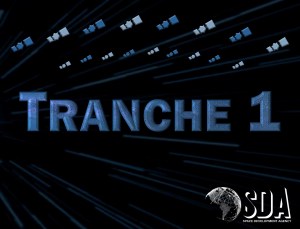