Wiggins’ final day in the role will be Dec. 8, ending his 32-year tenure as a federal civil servant, a State Department spokesperson told FedScoop.

Prior to taking over as State CIO in July 2016, Wiggins served also as principal deputy CIO and deputy CIO for foreign operations within the department.

Current Principal Deputy CIO Robert Adams will take over the CIO role in an acting capacity.

Wiggins, a FedScoop 50 Federal Leadership award winner for 2017, was a major proponent during his tenure as CIO for driving innovation within the department and promoting the Federal IT Acquisition Reform Act.

“We’re looking right now across the federal workspace to find out what innovative ideas are being done by other agencies and if there’s a good idea we’re going to steal it, we’re going to advertise it and we’re all going to copy it,” he said in June. 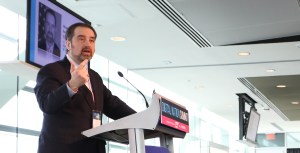